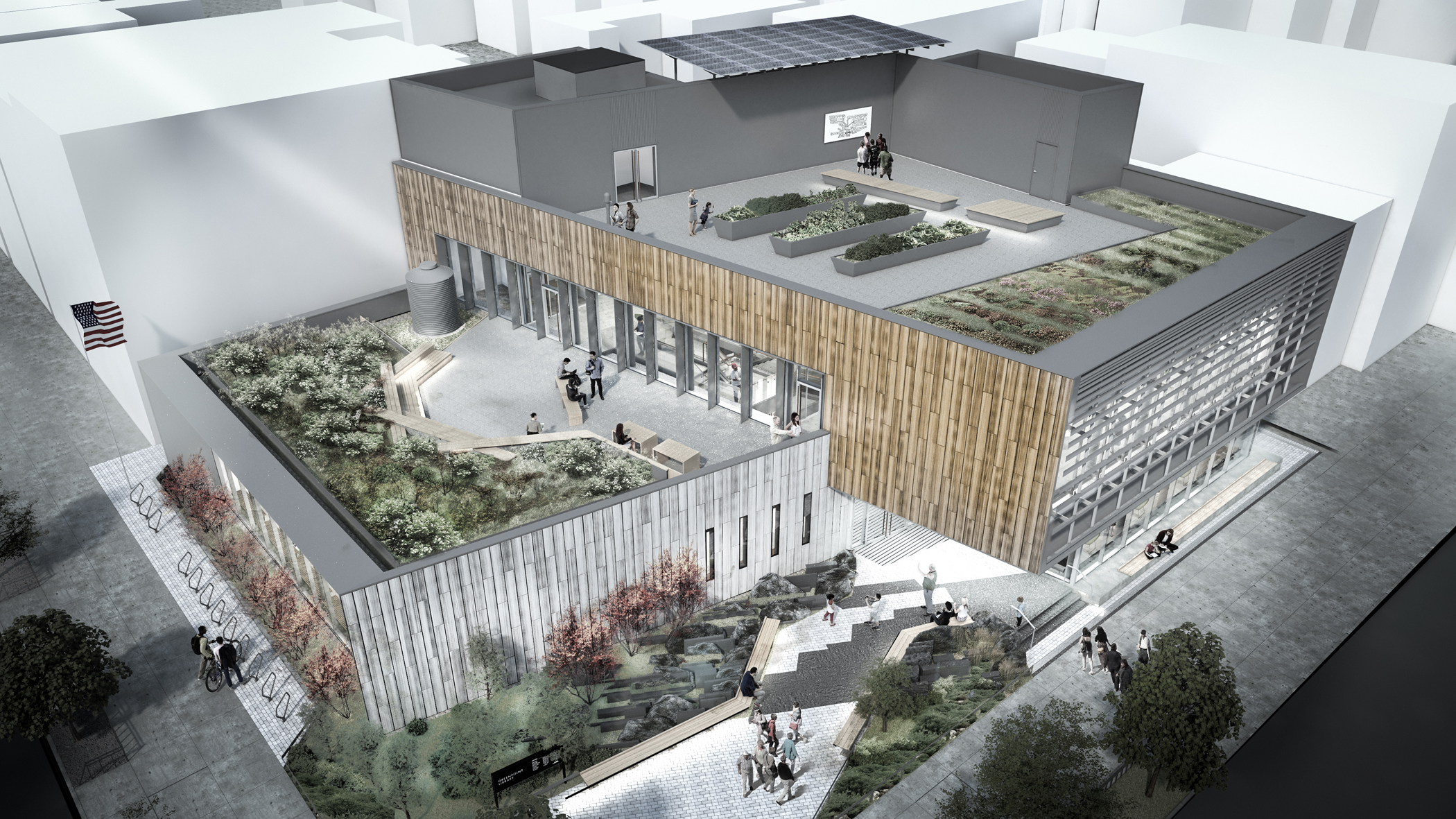 On Friday, October 25, at 3:30pm, architect Karen Fairbanks is offering us an exclusive, behind-the-scenes tour of the new Greenpoint Library and Environmental Education Center, which won’t be open to the public until December.

The new library is at the location of the old branch: 107 Norman Avenue @ Leonard Street in Greenpoint. Karen has asked us to “meet on the corner of Norman and Leonard at 3:30pm so that we can have everyone sign the waivers that are required to enter the construction site. And a reminder that it is a construction site so everyone should wear closed-toe shoes.”

And on the evening of Friday, October 25, and the afternoon of Saturday, October 26, the Vera List Center hosts is 2019 VLC Forum, “If Art Is Politics,” featuring the work of Chimurenga, whose work examines the politics of diasporic information exchange and collection.

The Vera List Center is pleased to announce VLC Forum 2019 dedicated to art as a political practice. The Forum highlights Pan-African collective Chimurenga, recipient of the 2018-2020 Jane Lombard Prize for Art and Social Justice who will install its Pan African Space Station (PASS) at The New School. PASS lands at The New School from October 23–25 for a three-day broadcast that explores the participation of African American artists, activists, and intellectuals in FESTAC ’77, the 2nd World Black and African Festival of Arts and Culture held in January-February 1977 in Lagos Nigeria. On Friday, October 25, Chimurenga presents a rare performance of composer and trombonist Craig Harris‘ suite titled FESTAC ’77 at The New School’s Tishman Auditorium.

The three-day broadcast explores the participation of African American artists, activists, and intellectuals in the 2nd World Black and African Festival of Arts and Culture, FESTAC ’77, held in Lagos, Nigeria, in January-February 1977. The nearly 700-strong US delegation at FESTAC ’77 was “the largest single group of African Americans ever to return to Africa in one body” Ebony, and featured luminaries such Sun Ra, Stevie Wonder, Audre Lorde, Alice Walker, Jayne Cortez, Barkley Hendricks, Betye Saar, Louis Farrakhan, Faith Ringgold and many, many more. Poet Kalamu ya Salaam described the event as “the culmination of the Black Art Movement oriented artistic conferences, festivals, and gatherings.”

This PASS landing will also serve as a presentation of Chimurenga’s new book on FESTAC ’77, the first publication to consider FESTAC in all its cultural-historic complexity, addressing the planetary scale of the event alongside the personal and artistic encounters it made possible. The tenth title in Afterall’s Exhibition Histories and third in Chimurenga’s Chimurenga Library series, it is published by Chimurenga and Afterall Books, in association with Asia Art Archive, the Center for Curatorial Studies, Bard College, and RAW Material Company.

The Pan African Space Station landing at The New School features many of the participants in the 1977 event and closes on October 25th with a rare performance of composer and trombonist Craig Harris’ suite titled FESTAC ’77 at the John L. Tishman Auditorium. Harris traveled to Lagos and participated in FESTAC as a member of Sun Ra’s Arkestra, and this composition responds to that soul-stirring experience.

The concert will be the first in over thirty-five years, since its original world premiere in March 1982 at Saint Peter’s Church and a June 1982 performance at Carnegie Hall in New York City. “The work is for a small chamber ensemble of five strings, three reeds, two brass, four percussions, and voice, and is divided into eight sections. It reflects my experience from and meditations on my trip and the significance of being a young African American on the continent for the first time, joining so many others from the diaspora, celebrating ourselves and our culture.” Read Craig Harris’ full artist statement on FESTAC ’77.

Concert is free with registration and is followed by a festive reception.

After PASS’ three-day broadcast, the gallery transforms into a reading and listening space of Chimurenga’s radio archives and publications as well as recording and performance space by WNSR New School Radio students and as well daily jazz recitals by trios and quartets of students from The New School’s College of Performing Arts students.